In the summer of 2015, Seattle Public School teachers went on strike for five days.  Strikes are not unusual in K-12 public education, but can scar relationships permanently and divide a community.  Seattle Public Schools needed a strategy that began with the end in mind; informing audiences while protecting relationships with teachers for the long term, despite differing viewpoints at the bargaining table.

Using prior experience with bargaining, Jacque developed a strategy that involved consistent messaging, straightforward tonality and regular updates to the public.  Issues were many, including the instructional day and salary compensation.  Messaging in media briefings, updates to parents and FAQs centered on the lack of adequate state funding which impacted the amount of money Seattle actually had to reach agreement with teachers.  A Seattle Times Guest Opinion piece is one example which helped inform the public on the issue of state K-12 education funding; a complex issue on which both the district and the union agreed.

To build trust through transparency, Jacque recommended the district post both district and union bargaining proposals on the district web site side-by-side to enable the public to read without filters. 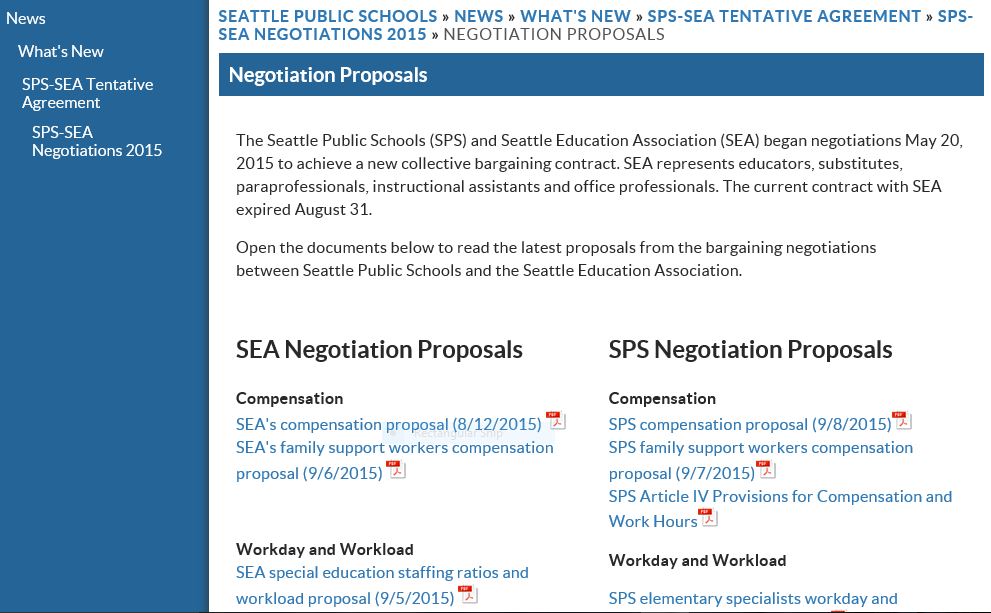 “Jacque’s prior experience with bargaining was helpful in our strategy. She worked hard early in the process to develop consistent messages that explained the district position in plain language to our families and the public, which helped with community understanding and opinions. At the heart of the strike was teacher pay, and state funding. Jacque’s experience in Olympia has helped with the state funding perspective. She drafted a Seattle Times Op-Ed for me and another board member that was extremely well-received, and I believe that was one of the turning points in the strike. Our messaging helped the public to understand the bigger picture and as a result, the district came through the strike much better than we expected.

“For example, as it became apparent a strike was imminent, Jacque worked on a bargaining strategy related to public perception. This strategy involved proactive bargaining updates to the public for transparency including key messages, consistency, and the use of social media.”