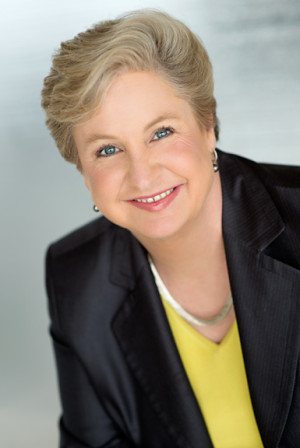 Jacque Coe is a communications and PR strategist with over 25 years of experience in media and public relations. She is nationally accredited in public relations (APR) by the Public Relations Society of America (PRSA), and led the 2014 national campaign to celebrate the 50th anniversary of the APR.  She serves PRSA National on the Accreditation Marketing Committee to encourage more professionals to achieve their accreditation, and served as Chair of the 2018 PRSA North Pacific District Conference in Seattle. In 2019, Jacque served as President of the Puget Sound chapter of PRSA.

Most recently, Jacque served as the Communications Director for the Washington State Department of Corrections and currently has a private communications consultancy.  Previously, she’s served on the executive teams of a number of dynamic, high-profile public agencies and organizations.  She served as chief communications officer for the Seattle Public Schools and the Bellevue School District; leading Seattle through the largest teacher’s strike in the Northwest in 2016, and with Bellevue through a rapid change of superintendents, collective bargaining, strategic planning, boundary review, bond and school board elections.  In the consumer goods arena, Jacque served as Senior Director of Strategic Communications for the Dairy Farmers of Washington, and the Communications Director for Washington’s Lottery.  In health care, she supported Group Health amid their acquisition by Kaiser Permanente.  In the non-profit sector, Jacque was the Director of Marketing and Communications for the Alliance for Education, the charitable foundation for the Seattle Public Schools. In the hospitality industry, Jacque managed the communications for the Seattle Hotel Association and the Seattle Restaurant Alliance for the Washington Hospitality Association amid the devastating COVID-19 pandemic.

A seasoned storyteller, Jacque’s first career was as an award-winning journalist in Northwest newsrooms, most recently at KING-TV in Seattle where she was planning editor for KING’s daily news, special reports, special projects, and breaking news coverage. Prior to joining KING 5, Jacque was a news director, anchor, reporter and assignment editor for stations in Oregon, Idaho, North Dakota and Spokane; winning awards for writing and news coverage. As the former Vice-President of the Idaho Press Club, she helped develop an award for journalists for ethical decision-making—one of the first of its kind in the nation. Jacque is an alum of Eastern Washington University, holding a BA in Communications-Radio/TV News.  Along the way, Jacque has been a volunteer for YMCA, Seattle King County Health Clinic, Sea Scouts, Social Venture Partners, and other non-profits benefiting children and young professionals.

A little more about Jacque

When not working or volunteering, Jacque spends her free time with her family traveling the Puget Sound and beyond. Chelan is a frequent vacation spot as well as the San Juan Islands. Her first boat was a 28 foot sailboat, and the family is now moving into the power boat phase.  Jacque and her family can be found on or near the water on Lake Union, off Shilshole or elsewhere in the Puget Sound.

Back on land, Jacque is a foodie and haunts local farmers’ markets, kitchen shops and restaurants talking to farmers, sailors, cooks, chefs and fellow eaters about cooking methods and food trends. Along the way, Jacque will usually photograph something or someone—unable to lose her well-known love of the camera and visual storytelling.

Known for her sense of humor, Jacque has been a subject of feature stories and her ability to laugh at herself.  See the latest in the Seattle Times.